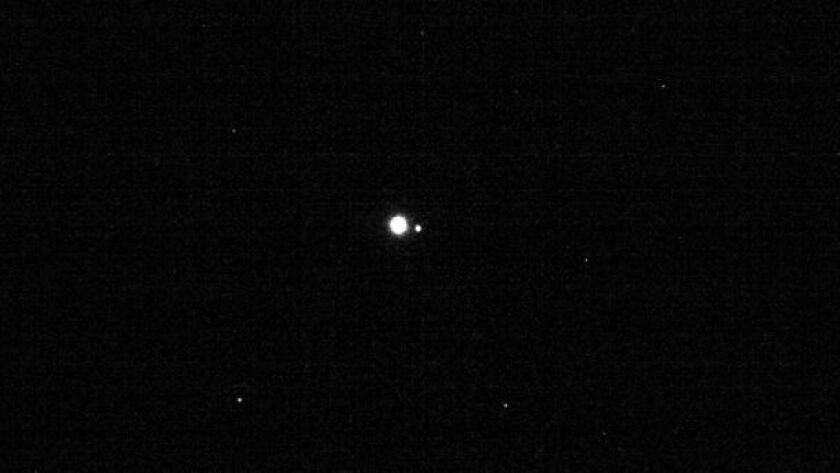 We are living in interesting times.  There is a local conflict in a small area of Eastern Europe that is taking up too much of our attention. The protagonists on either side believe their cause is righteous. Both seem committed to going the distance. Previous pretenses at civility have been pushed aside. It is now us against them. We are heroes they are terrorists. We are the “good guys” the villains are on the other side of our tank barrels. Like children on a playground we are not friends anymore (scowl, hands crossed across chest.) Brows are burrowed, aggression makes every breath a prelude to a threat. There is no room for cooperation…

And then again maybe there is.

On March 30th an American astronaut and two Russian cosmonauts will be sharing a trip aboard a Russian vehicle back to Mother Earth from the International Space Station (ISS). They will be landing in Kazakhstan where NASA employees will be on the ground waiting to receive their astronaut. This is a procedure that has happened many times in the past. In fact from 2011 to 2020 human spaceflight to and from the ISS has been a purely Russian affair. American astronauts would buy seats on the Spacecraft of their Russian counterparts and proceed to go live, work and play in the very close contact with one another aboard the ISS.

Our furthest outpost as a species demonstrates the oneness of humanity. Space mocks human ideas. From space national borders are as imaginary as the constellations we “see” at night. “You see those three stars over there that is Pegasus a winged horse.” “Somewhere around that lake is Kenya, Uganda, and Tanzania.” From Space we all call one place home. From Space all lives matter. From Space they is no us against them. From Space there are no sides.

Creation is a large stage. Most times our biggest issues don’t even make it to the show. Our greatest endeavors, fears, hopes, achievements, failures, joys, sorrows, individually and collectively are invisible from the very close quarters of the ISS. From the Moon, Earth and everything it comes with is a small blue dot in your vision. Leave our Solar System and the entirety of human experience and output disappears from sight.

Participating in Space allows us to put things in perspective. 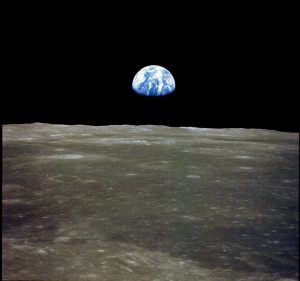 It suddenly struck me that that tiny pea, pretty and blue, was the Earth. I put up my thumb and shut one eye, and my thumb blotted out the planet Earth. I didn’t feel like a giant. I felt very, very small.”
― Neil Armstrong

Maybe that’s what world leaders need at this time. I think they need to zoom out and weigh their decisions on the Grand Scale. Maybe it will cause them to ask a few questions. Is this the best way to spend my time and energy? Is all this worth it?